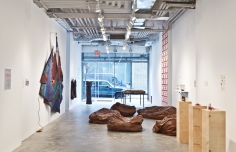 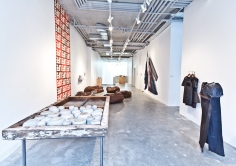 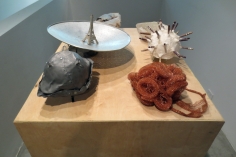 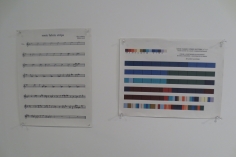 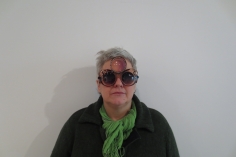 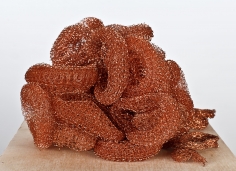 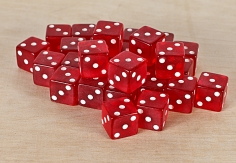 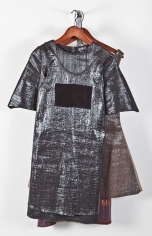 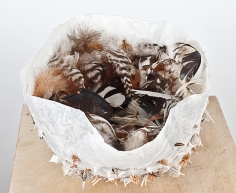 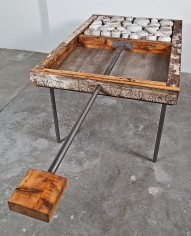 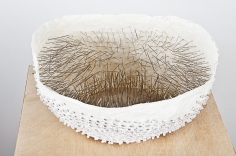 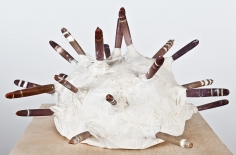 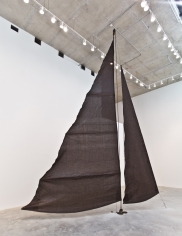 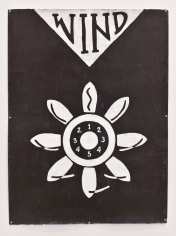 ALYCE SANTORO, PHILOSOPROPS & ONTOLOGICAL APPARATUS FROM THE CENTER FOR THE OBVIOUS & (IM)PERMACULTURAL RESEARCH

On Thursday, January 10 from 6pm–8pm Please Gather With Klemens Gasser, Tanja Grunert, and Alyce Santoro (Delicate Empiricist) for the Hoisting of a Sonorous Sail, Woven from Cassette Tape Recorded with Samples Collected On and Under the Streets of New York City.

The Homeopathic Remedies for the five Ills of Society—based on the premise that like cures like, tinctures to counter VIOLENCE, DETACHMENT, CONSUMERISM, ALIENATION, and GREED were made from dilute solutions of bullet, glue, water from Wal-Mart, emptiness, and money, respectively.

The Upside-down LIFE—silkscreened on newsprint, this enlarged version of the LIFE magazine logo is intended as street art, to be applied upside-down. In a topsy-turvy world, making things right begins with a mental shift.

Goethe’s Game—delicate pieces exist within a closed system, each entity acting on others regardless of physical proximity. Based on 1970’s toy “Booby Trap” and quotes by Johann Wolfgang von Goethe, “If you would seek comfort in the whole, you must learn to discover the whole in the smallest part,” and Buckminster Fuller, “The entire universe is in tension."

Assorted wearable apparatus, including a Satellite Dish Hat, a Copper Listening Pillow, and Sonorous Superhero Suits made of fabric woven from cassette tape.

CHOOSE DETERMINISM—Research-inprogress into a “grand unification theory” for philosophy: can free will and determinism operate simultaneously, as do the paradoxical laws of classical and quantum physics? Dialectic Revival—Ongoing collaborative inquiry and improvisation. TBA.

The CFTO/IPR encourages exploration into Joseph Beuys’ postulate, “Before considering the question WHAT CAN WE DO we have to look into the question HOW MUST WE THINK?”

Our inquiries lead to the generation and collection of philosoprops, catalysts for open-ended discussion around a range of social, scientific, and philosophical concepts. In order to effectively communicate about these themes we are working to revive dialectic, an earnest form of information-pooling that acknowledges and embraces paradox, nuance, flux, and interrelationship.

Johann Wolfgang von Goethe referred to research based on intuition and empathy derived from prolonged observation as “delicate empiricism”. With a background in science and scientific illustration, CFTO/IPR agent Alyce Santoro uses a delicate empiricist approach to the development of conceptual movements and multimedia catalysts for dialog and social engagement that challenge notions of separateness between seemingly disparate entities.

Santoro is the inventor of Sonic Fabric, an audible textile woven from recorded audiocassette tape, and has initiated several experimental social action campaigns including the Synergetic Omni-Solution, the Dialectic Revival, OCCUPY EVERYWHERE, the USE HALF NOW Campaign, and Collective Democracy. She is a frequent contributor to Truthout.org, where she writes about the social construction of human relationship with the biosphere. She moved from the Brooklyn neighborhood of Red Hook seven years ago to experiment with appropriate technologies (including permaculture, rainwater harvesting, small-scale solar, etc.) to the Big Bend region of Far West Texas, 90 miles from the Mexican border. 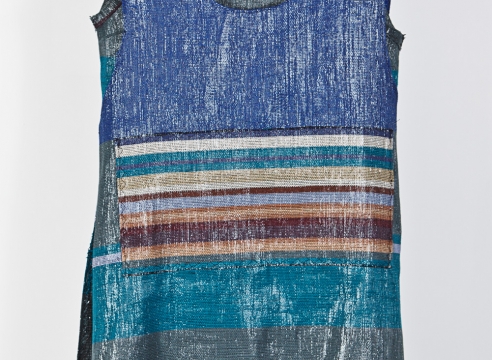