We are pleased to announce the opening of Lean-To, Paul Jacobsen’s third exhibition at Klemens Gasser & Tanya Grunert Gallery. The exhibition will be on view from Sunday, March 2nd through Sunday, April 20th.

Lean-to is conceptualized in three parts, one contained within another. The expanse of the gallery is taken over with a constructed architectural intervention of wood beams stretched across the space. Painted, grisaille representations of the artist’s studio are hung within these supports. Continuing “through” the show and stepping over and under the wooden armature, viewers will be faced with intimately scaled, colorful still life paintings from the artist’s own, hand built domestic spaces. These colorful still lifes are repeated within the grisaille paintings, and the wood beams are the same reclaimed wood the artist used to build his studio, and the cabins and shanties in which he resides.

Having grown up between New York and Colorado, Jacobsen’s personal history infiltrates much of his aesthetic, which is inspired by the architectural salvage of Red Hook and the handmade hippie constructions in the foothills of Colorado. All of Jacobsen’s houses are created in a patchwork fashion, cobbled together using reclaimed wood and found fixtures in an assemblage like manner. Jacobsen currently lives in a backyard shanty in Red Hook that is heated by a wood stove with no running water. The backshack, as it’s affectionately called, does have electricity, but its footprint is a mere 12 x 17 feet. In 2010 Jacobsen built a cabin on wheels at Majestic Farm in Sullivan County, NY. The only amenity in this cabin is a small wood burning stove and colorful Turkish kilims that line the walls for insulation. In Rico, Colorado, the artist recently acquired an old miner’s cabin in the San Juan Mountains, just outside of Telluride. Locally sourced antique quilts and rawhide chairs adorn the small cabin. These spaces and their furnishings function almost like time machines and rally against

what Fraco La Cecla called the “plasticification of everyday life.” Inspired by William Morris, Jacobsen seeks to create these structures as a way to introduce beauty and pleasure to his daily pursuits and labors. They represent the artist’s intrinsic beliefs in regards to architecture, or anti-architecture, and the way in which objects affect our lives.

Jacobsen’s interest in alternative architecture, design, and assemblage led him to consider a way in which these elements could be combined with a deep love of painting. He was inspired by the late 18th century painters who would often employ grisaille to create the illusion of sculpture or relief, and has used this technique to bring these interests to the forefront of his work. In this show, the colorful still life paintings themselves become the subjects of Jacobsen’s larger grisaille paintings, expanding the frame or parameters of a single painting. This gesture is further extended into the space by framing the entire exhibition with salvaged wood beams. The partitioning of the back gallery echoes the dimensions of the backshack exactly. Jacobsen’s purposeful shifts from objects to paintings and back again, propagate the fluid intersection between labor, aesthetics, and material. Much akin to Bonnard’s interiors and Monet’s gardens, or even to Rembrandt’s complex set constructions within his studio, Jacobsen has constructed the cabins, shanties, studio assemblages, and still lifes that have become the subject of his paintings.

Paul Jacobsen was born in Denver Colorado and currently works between Brooklyn and Rico, Colorado. This is his third solo show at Gasser Grunert. His work has been exhibited at David B. Smith Gallery, Denver; Bureau, New York; Galerie VON & VON, Nuremburg; Yvon Lambert, New York; MASS MoCA, and the Aspen Art Museum. He studied painting at the Lorenzo De Medici Institutto D’Arte in Florence, Italy. 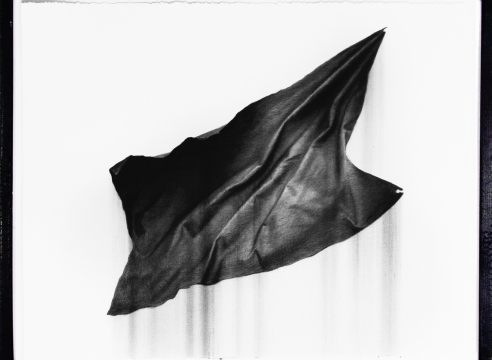