The selection of works considers notions of visibility, impermanence, interconnectedness and essence, using the body as a vessel of transformation through which consciousness can be explored.

In a society extensively overwhelmed with technology, materialism, and the exponential growth of information, one is left to stop and think whether our connection to the Real is something that has been lost, and the pursuit of Truth pushed into a void. Whether the external has trumped the internal. Whether we are dislocated to the extent that present-ness is something we have simply forgotten. In this chaos that has become our modern experience, there is a desire to seek out the nature of earthly existence, to elevate the spirit beyond mundane perception. This odyssey is not a new sensation, as cosmology has been at the center of man’s musings for millennia.

The pursuit into the transcendent dimension of the self, to question reality, place oneself within the context of the universe, is the subjective and contemplative journey Rachel Garrard has chosen to take with her form of expression. Through an intimate and introspective practice, Garrard uses her own body – its physicality and true geometric proportions – as the starting point in an exploration into the essence of existence; a personal quest for Truth. When making representations of the body, for Garrard it is always in relation to the universe: “I see the human body as a microcosm, a seed encompassing all the geometric and geodesic measures of the cosmos, as a container for something infinite.”

Garrard’s formal language and artistic development owes much to her personal evolution and upbringing.  Raised in a family of scientists, her existential inquiries are pervaded by an insistence on research and reason. As a result, she has created her own unique sensual aesthetic in which the spiritual and empirical comfortably co-exist. She courageously blends, re-works and re-combines genres, draws from diverse ancient and contemporary cultures, scientific concepts and substances, the result yielding a multidisciplinary body of work that ranges nomadically across practices and transcends mediums to include performance, painting, drawing, video and sculpture.

Rachel Garrard was born in 1984 in Devon, England, and currently lives and works in New York. While completing her graduate studies at Central Saint Martins in 2009, she gained recognition for performance-based refracted-video works such as Circuition (2009), and Seven Transmutations (2010). Garrard was awarded artist residencies at the Atacama Telescope Farm in Chile in 2011, and the Center for the Holographic Arts at Ohio State University in 2012. Her recent work, which has grown to encompass video, performance, drawing, sculpture and printmaking, has been exhibited nationally in curated group exhibitions at venues such as Participant Inc., New York; Eyebeam Art and Technology Center, New York; Jack Hanley Gallery, New York; and Shoshona Wayne Gallery, Los Angeles. Garrard has also been featured in international exhibitions in London, Berlin and St Petersburg. This is Garrard’s first solo show in New York. 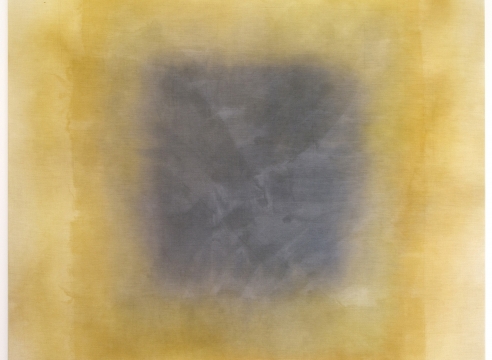